It’s been quite a while since I have done one of these! Indeed even my partner

cmmathieson has said I do one every year, and she’s posted for the first time in ages. Do read, as it will catch you up with her.

It’s coming up to a couple of special dates, and I’ve been looking around the past few years on LJ (and Blogger pre-1997), for reasons I will come to.

The biggest look-forward to 2014 is that, on 9th April 2014, it’s ten years since I transitioned. In other words, my 10th birthday for the second time! In putting together the last few years on line, I’ve been browsing through the previous posts, and seeing that I haven’t been blogging as much as I used to – but I still value the stuff I wrote from 2004 and onwards. Facebook has got daily posts and shares etc, from me, but the diary format has given me the chance to write more. I’ve just put the last 10 years or so into recap, and have found there have been many challenges along the way – not just from expected sources. It’s certainly been a hell of a ride. I was 25 when I transitioned, meaning that I’m 35 next year.

Lack of time has been an issue of late, meaning I’ve been unable to spend hours writing about the stuff I enjoy writing about! As a lot of folks have said, I write well, and can get my words across easy enough. Some really good trips and tours this year – including a first visit to quite a few parts that were on the “to visit one day” list.

I am scaling back some work further – indeed I/ve resigned as a sub-editor for the PSV Circle, once my last few drafts go in, early next year (probably Jan & Feb 2014 by submission dates, or Feb & Mar 2014 by publication dates). Three and a half years – a rocky road in some respects, but rewarding. The side impact was that I was the first female Sub Editor, and perhaps the only such woman in anything other than regular member role. This has balanced out by taking on the BABUS Newsletter role, as well as Webmistress, which I have now condensed into a Communications Officer role.

It’s been a time to look back on the work I’ve done over the last few years (well 10 nearly, and that will set the way for the rest of this post). So, when I first moved south, I wanted some work, rather than nothing, as  no-onme would take a chanc eon someone about to go off sick for three months (post-op recovrery!) So, for the first time (although I’ve wanted to do it for years before) I took voluntary work to fill the time. In 2010 I was asked by Woottens/Tiger Line to help out, then going self-employed. So while the work I do on a voluntary basis (PFH then LLGS) was certainly fun, I feel it’s time to try and put my customers first – so we’re down to H2T, BABUS and the websites/Forums.

Reason being my health is starting to slip, so I want to improve my work-life balance while I still can! I am trying to do three days a week maximum. However, the health is not entirely a concern right now. Why do I say that? Some aspects like the memory are becoming noticeable. We still have not had any progress on the medication or the doctor issues, and

cmmathieson has also mentioned we’re not entirely happy three – so another kick up hell in the New Year. Other than bugs and so forth, health wise I’m doing not too bad. On my recent visit up north, picked up a bug which lead to me losing my voice for the first time ever, and then two bouts of cystitis in one month.

I've made a decision to follow Quakerisim. As someone who was raised Christian but not quite in an orthodox manner (see http://suzyscott.blogspot.co.uk/2006/06/something-to-think-about.html ) and with a more-supportive-than-before mother nowadays (on the subject of transition etc.) who wanted me to find something suitable. With the open-mindless, “everyone equal” and so forth, it struck me as being suitable. Planning to go to a midweek meeting before a Sunday one, purely as a first time would be better if I’m all awake! Been to a few other meeting houses before – BABUS use the Friends Meeting House at Bedford, as an example, so I’m not going in totally blind!

Following my coming out - the first time (or transition), there was a fair amount of interest in me as a person, as opposed to just “bus stuff”. So, towards the end of 2004 we had a new Blog, Suzy In The City. After being inspired by auntysarah I became Suzy, Drinker of Coffee, until Caroline dubbed me as Pusskins, for my affection like that of a moggy – so Pusskins’s Diary has been used ever since.

Relationships – in the early days I had quite a strong friend from Spencerport, ROC, NY, USA, who we opened up to each other so much. Suffice to say that he was my rock, when it appeared I had no-one. I had a short term relationship with another transwoman called Claire from Dundee (17 days in late 2006), who passed away a few years ago. After the way everything happened, I am still proud to say I found love one more time – otherwise I might not have known what to look for, however traumatic it was in the short term! Came south to Caroline for my appointment with Phil & Liz on 31st March 2007 – and we fell in love! It’s kinda been constant ever through – we’ve had ups and downs, but are still together! Indeed as I write this on 29th November 2013, we are two days short of… get this… SIX YEARS AND NINE MONTHS! Beats 17 days hands down! We’re still not married (QV c’s surgery notes in her last post), but following legislation changes, we will be able to get married in either side of the UK, as opposed to married in Scotland/civil partnership in England and Wales, as opposed to Civil Partnership on both sides of the boundary. Does this mean I need to propose a third time? :-D

Family – well back 10 years ago, not all was well. A lot of water under the bridge has passed since, and the entire family are more than happy with me being me, and having C as my partner. Mum’s 60th birthday party went very well, and a snap is below. It was good to see her back to her “old” self – even if only for a night or two.

Travels – for a start, our Public Transport Blog has changed location, and can now be seen at http://www.heretotherepublishing.com/blog

I’ve been to a hell of a lot of places that I wanted to, one day, but being south of the border helps I guess. Although having said that, there are still a few to do for years to come.

Dundee United FC – well we’ve bene doing well (see a copied list of results) and we had managed to get four or more goals in five consecutive games – for the first time in over 80 years! However following defeat to St Mirren and now (today) to St Johnstone, I can truthfully say – we lose when we have a man sent off! The three last games we’ve lost in the last ten, we’ve all had someone sent off!

Photos – well I have picked ten of my favourites to show the highlights of 2013.

We made it to six years together this past Spring – and I brought Caroline a cookie cake home to mark the occasion! 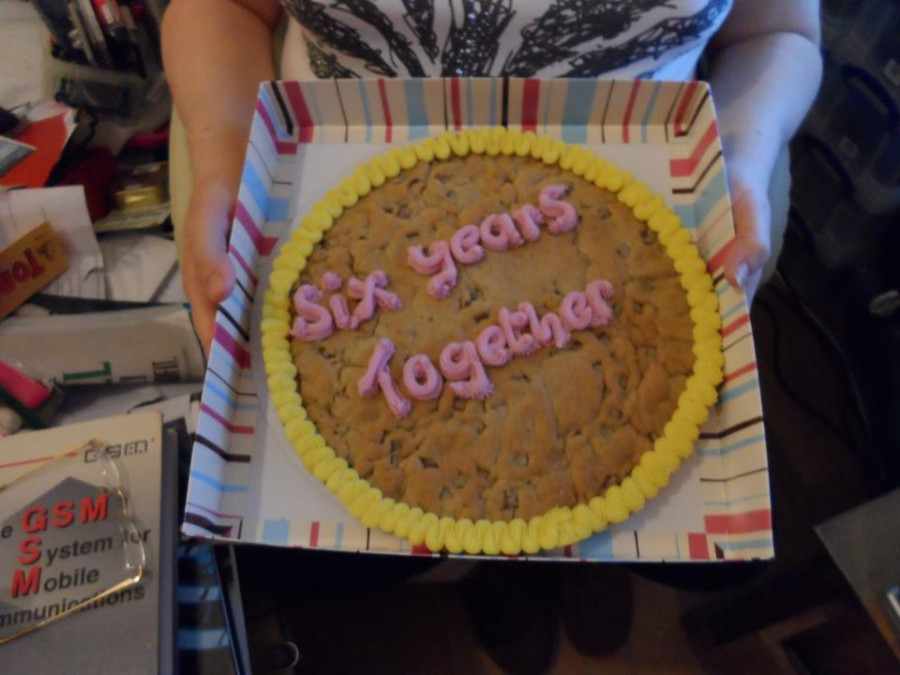 During our visit up north, I managed to get on the first bus journeys up north in a long time! Stagecoach CoastRider X7 has been introduced in the time since I was here last! You can get the rest of my transport and Dundee City Centre photos via this link. 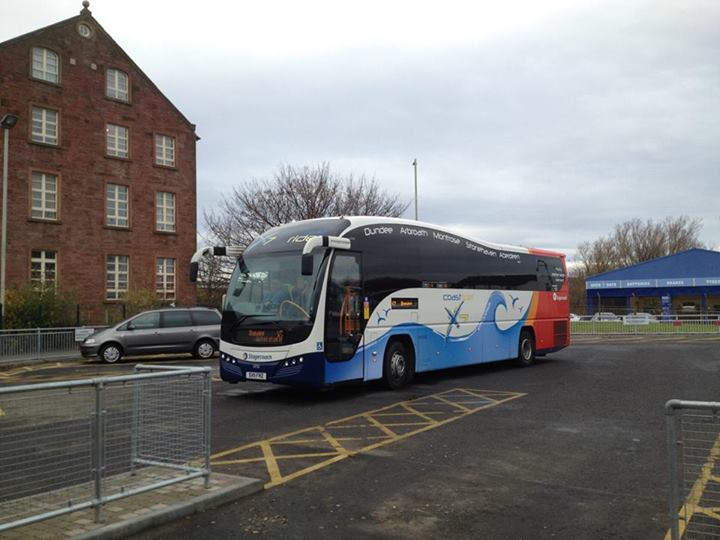 Me (Suzy), Mum (Isobel) and Hunney (Caroline) at Piper Dam Resort at Mum's 60th (rest of photos etc. from that night still to follow). 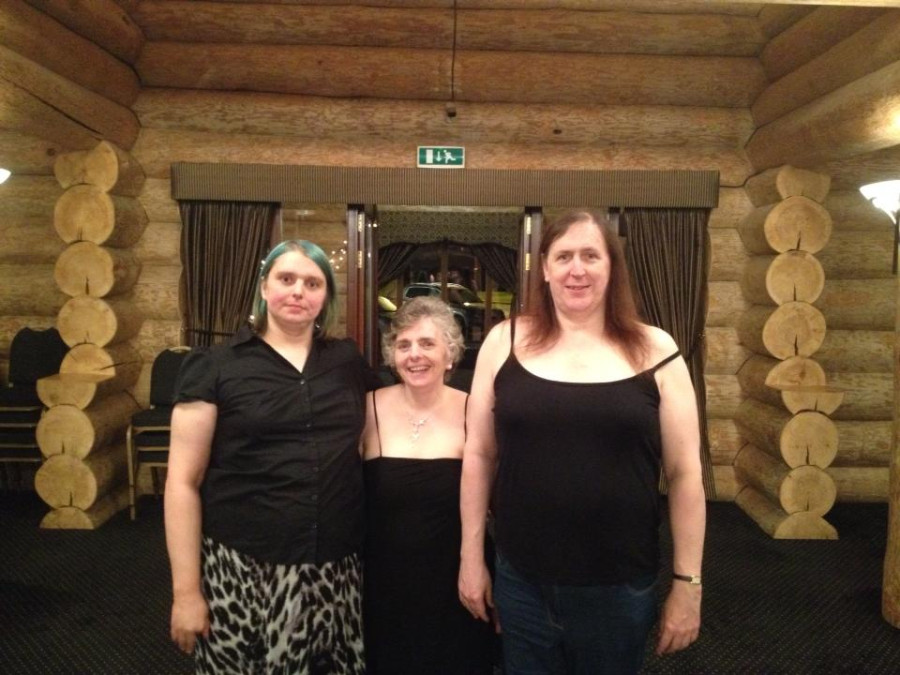 Following the move from our other flat with less space, we desperately missed the MagicSofa – until this came along! 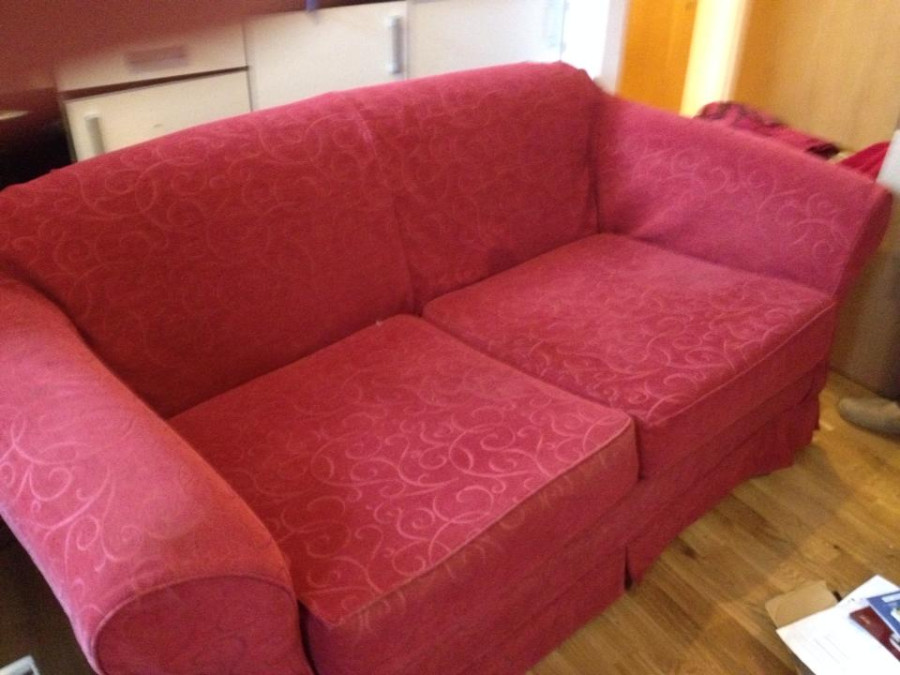 Amongst the enjoyable trips this year was a visit to Brighton, Chichester and Southampton by Southern Rail Daysave ticket. 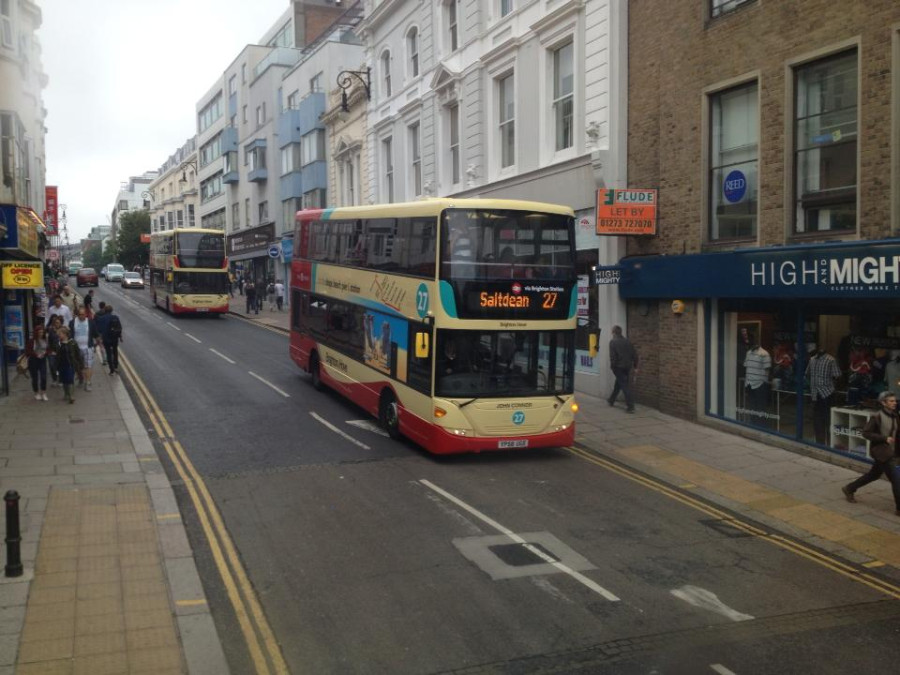 Two days before Caroline’s birthday, I took her off on an Anglia Plus day out (at her request after the last visit to the Norfolk Coast) – we went to Ipswich (below), then Norwich, Cromer, and back home. 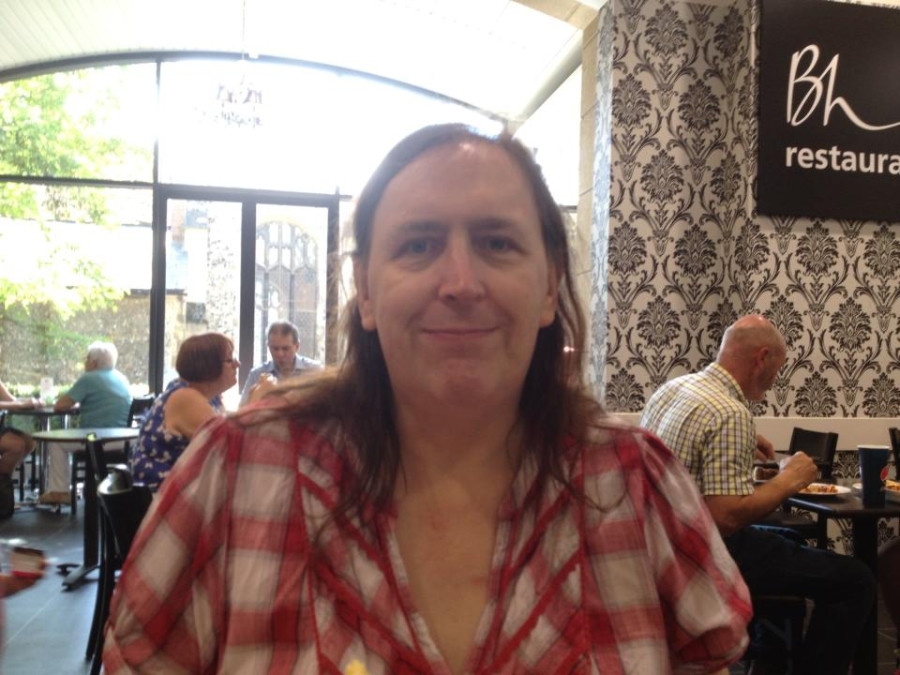 My nephew Jonah when he went to see Santa at the Keiller… sorry Forum…. No it’s aback to being the Keiller Centre in Dundee. 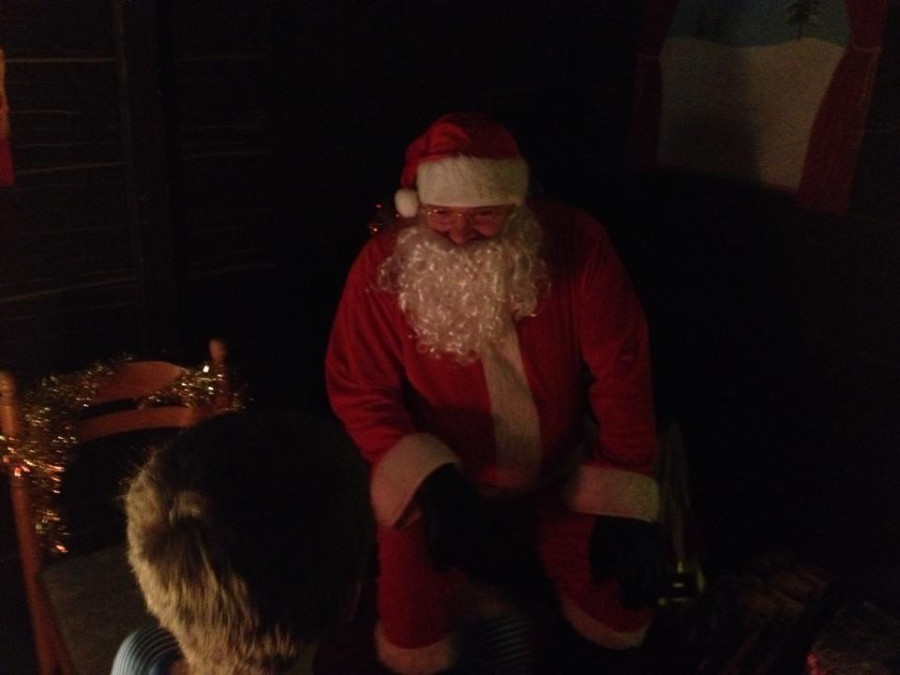 Also bought a pack of Carnets (well more than one!) to take advantage of five-trains-an-hour from WGC to Central London. Found a Chipolte restaurant and have been back a fair few times now! 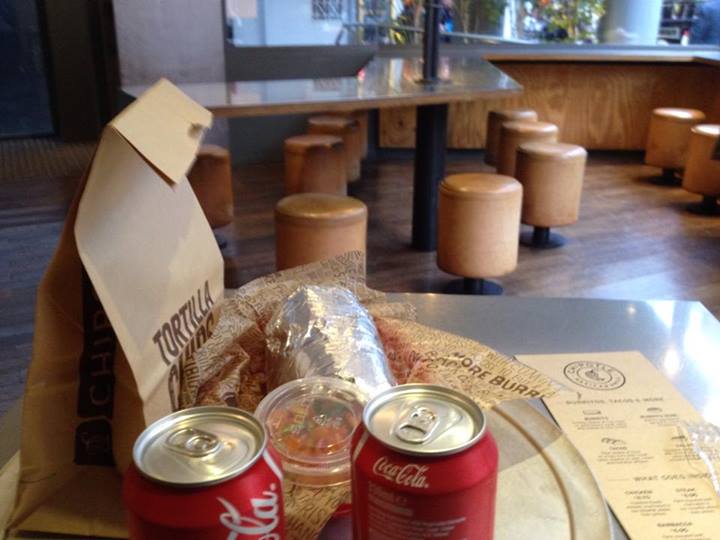 Our menagerie was added to on many occasions through the year! 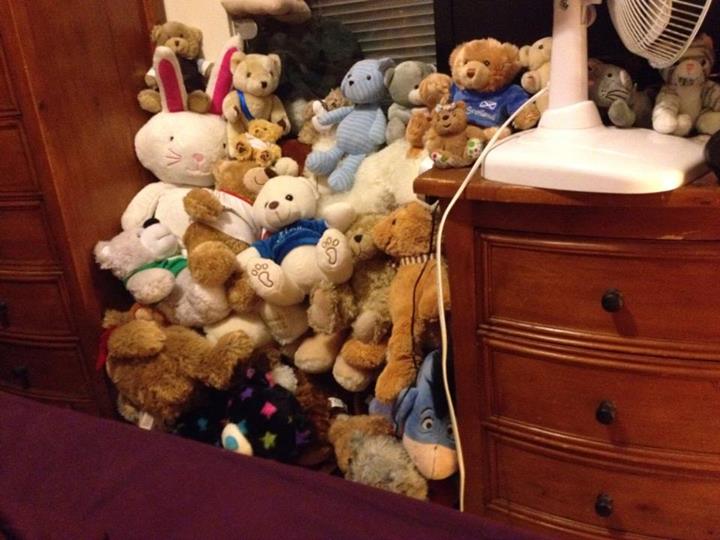 My favourite trip was a first visit to the Cotswolds – see all the photos here, but this is the bus I took from Moreton-in-T-Marsh to Cheltenham. 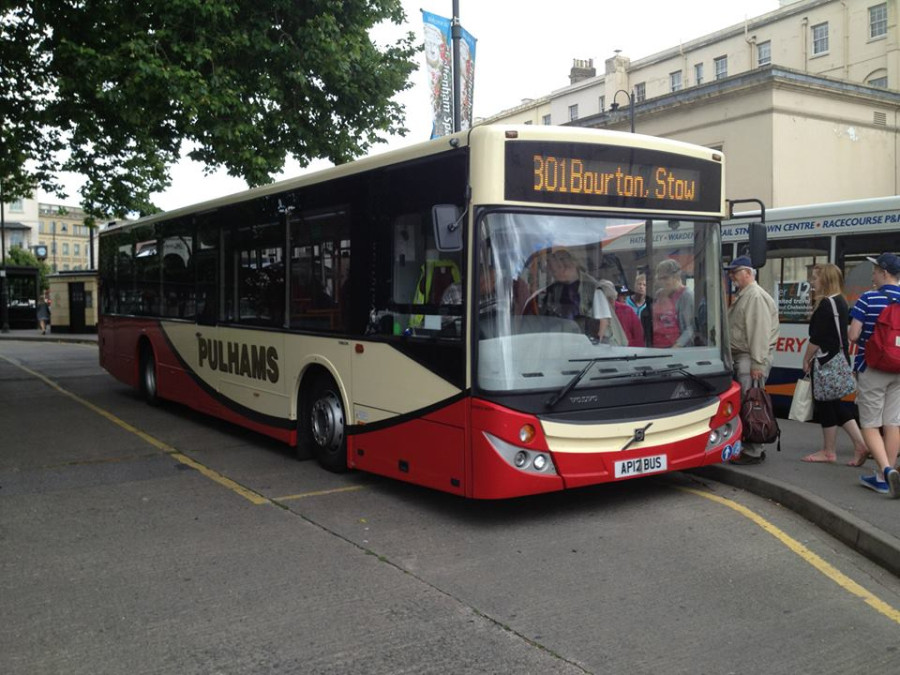